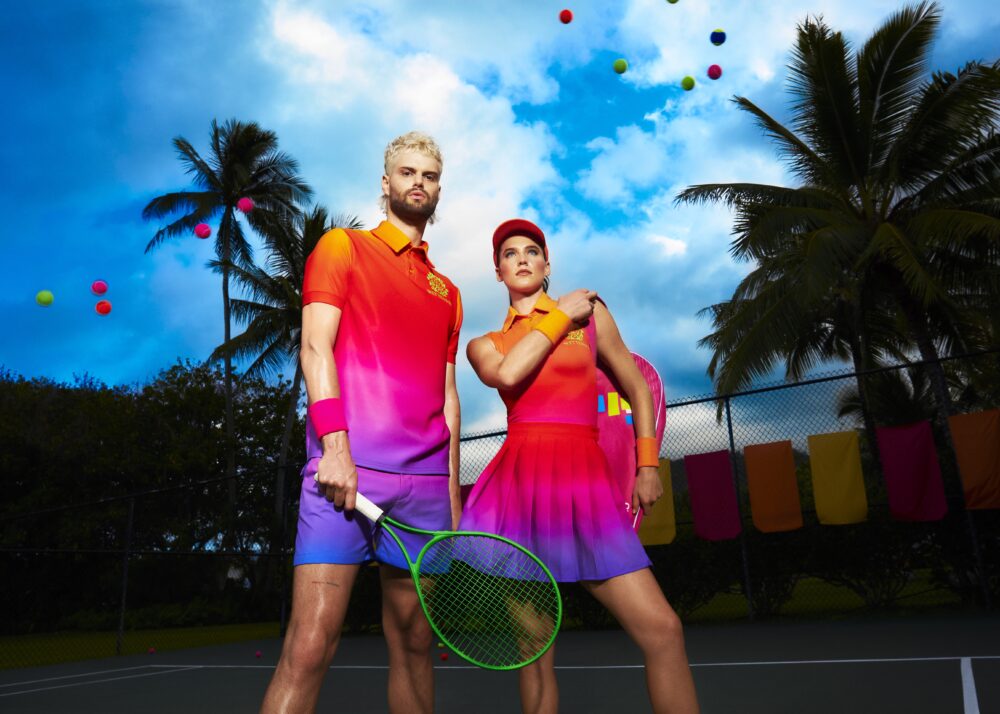 SOFI TUKKER, the genre-defying duo of Sophie Hawley-Weld and Tucker Halpern, is celebrated for their inclusive and global perspective on electronic music as well as their work’s themes of liberation, unity, and self-empowerment. In 2021, SOFI TUKKER achieved their third Billboard Dance Airplay chart #1 for their collaboration with John Summit on ‘Sun Came Up,‘ and they also released a tri-lingual collaboration with Amadou and Mariam, ‘Mon Cheri’. The band is also frequently tapped for remixes by some of the biggest artists in the world including Billie Eilish, Lady Gaga, and Katy Perry. SOFI TUKKER are also passionate activists who have raised funds and awareness for Planned Parenthood, The Trevor Project, National Alliance on Mental Illness, Natural Resources Defense Council and the March for Our Lives. Their commitment to equality and fostering community while recombining the pillars of dance music into exciting new shapes has established them as a singular act.

Artists who command thousands of people to dance and celebrate in unison are ceremonial artists, sparking the fire for everyone to gather around and commune. When in person events became impossible, SOFI TUKKER’s livestreams were a daily ceremony. Sophie and Tucker were able to interact in real time with their community, experimenting and getting feedback on ideas that would eventually become WET TENNIS, and in the process became the 2nd-most livestreamed artist of 2020 according to Pollstar Magazine. This is an album made for their fans but perhaps more significantly, with them. They recorded several songs during the past two years, many with a darker tone that reflected the challenges happening. SOFI TUKKER were very intentional in choosing the songs that made the album, making a conscious decision to  have it embody a healing positivity, not a shortsighted positivity that doesn’t recognise the turmoil in the world but one that helps navigate them and effect positive change.