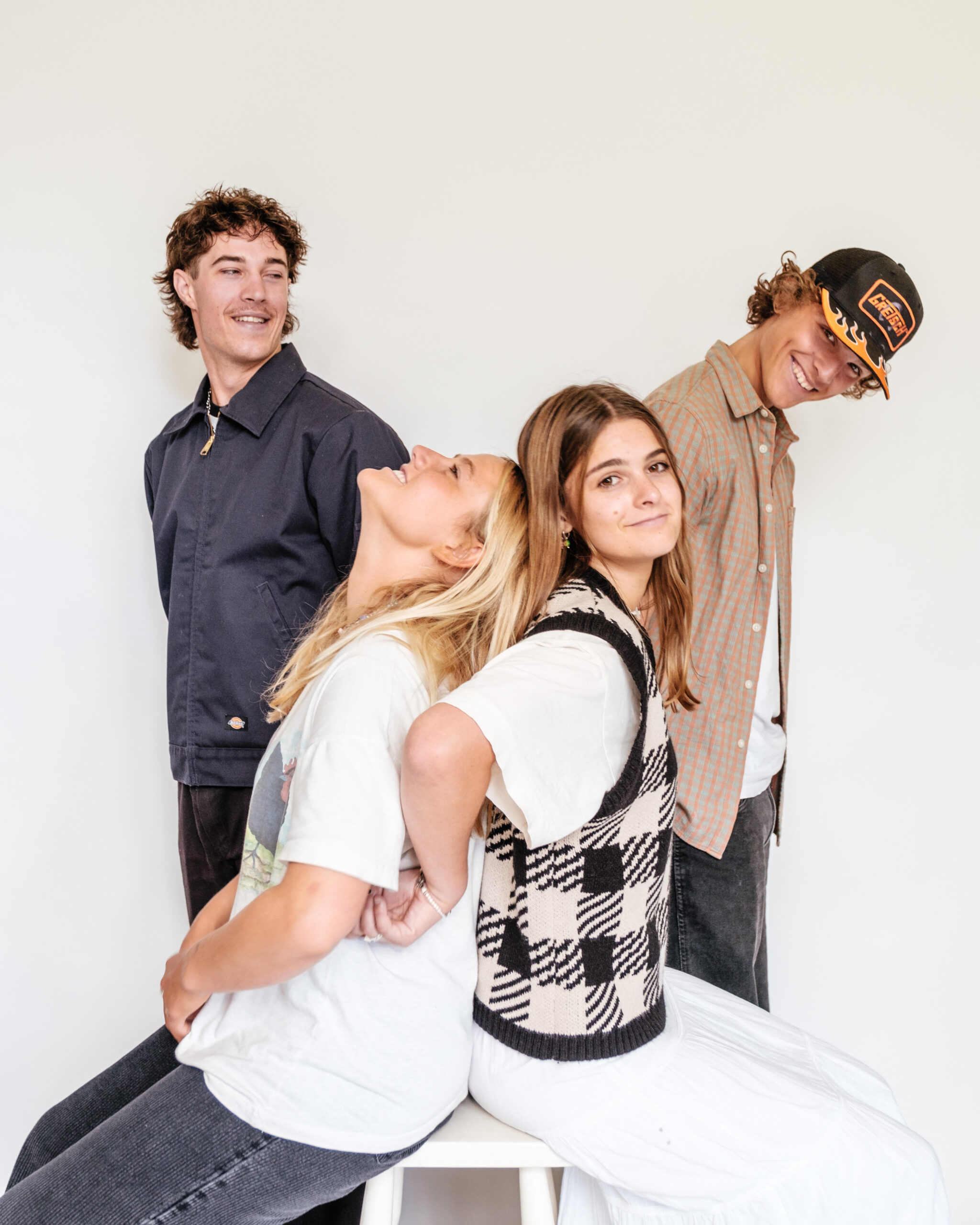 There’s A Tuesday are made up of alternating vocalists Natalie Hutton and Minnie Robberds, with Angus Murray and Joel Becker on drums and guitar. The quartet catapulted onto the scene in NZ after winning Smokefree Rockquest in 2019 before going on to drop their debut EP Dance With Me Before We Cry – featuring the fan-favourite hit ‘Amsterdam’ late last year.

The band has received huge support from some of the biggest artists and individuals in the music scene. Including BENEE who first saw There’s A Tuesday live at Rhythm & Alps in 2020 and said: “The entire band and the music that they make together is so thoughtful and well written and they’re some of the most genuine musicians I have ever met.” BENEE was so taken away, she signed them to her indie record label Olive Records, joining Raglan-native Muroki.

Gaining a solid reputation for their live set, There’s A Tuesday makes their audience feel all the feels, yet upbeat enough to dance and sing along, mastering that perfect blend of indie-pop-rock. Their NZ fans will get to see them early 2022 as they’ll be joining BENEE on her Aotearoa Tour in early 2022!  It is a very exciting future for these guys and more amazing new music is on the way.