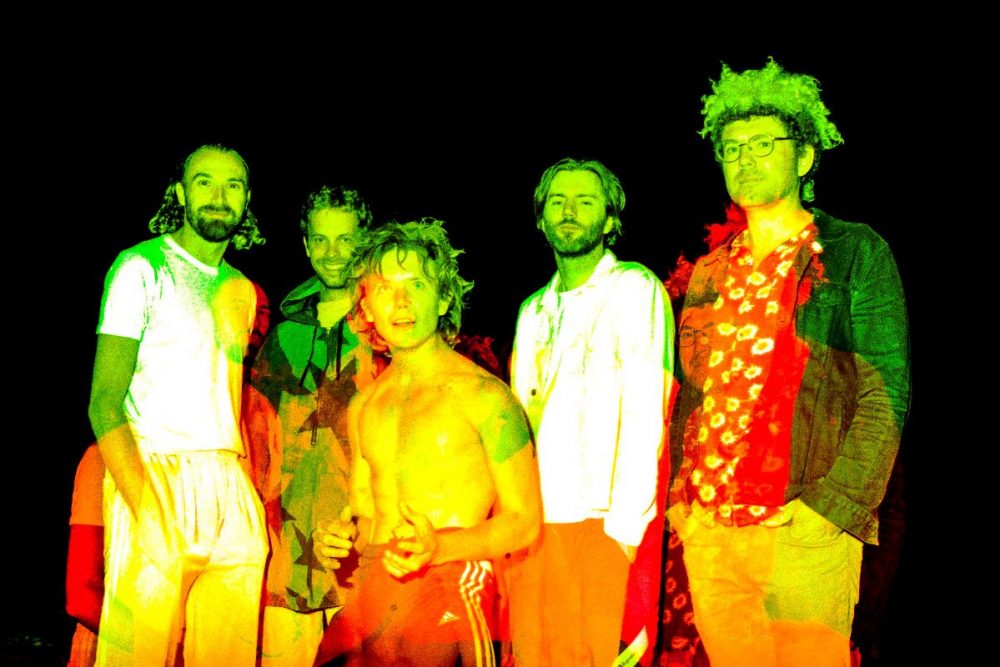 Releasing three digital/limited-vinyl albums in quick succession circa 2008-10, which few got to hear outside of Australia POND only went genuinely public with 2012’s ‘Beard. Wives. Denim’ – a pulsating psych-rock epic, whose alive-in-the-room methods diametrically opposed Parker’s circa ‘Lonerism’. From there their fifth succinct and dark album ‘Hobo Rocket’ arrived before producing the colourful and unexpectedly funky sixth album, 2015’s ‘Man, It Feels Like Space Again’.

2017 saw POND’s 7th album release ‘The Weather’ produced by Kevin Parker. It sees the band pack some of their outright poppiest tunes to date. Critically acclaimed across the board ‘The Weather’ perfectly lurches between moods, relevant in its synth-pop/guitar-psych balance, and bang on the money in its polemical anxieties. POND are one of the best live bands out there taking you on a euphoric psychedelic funk/punk journey of chaos.