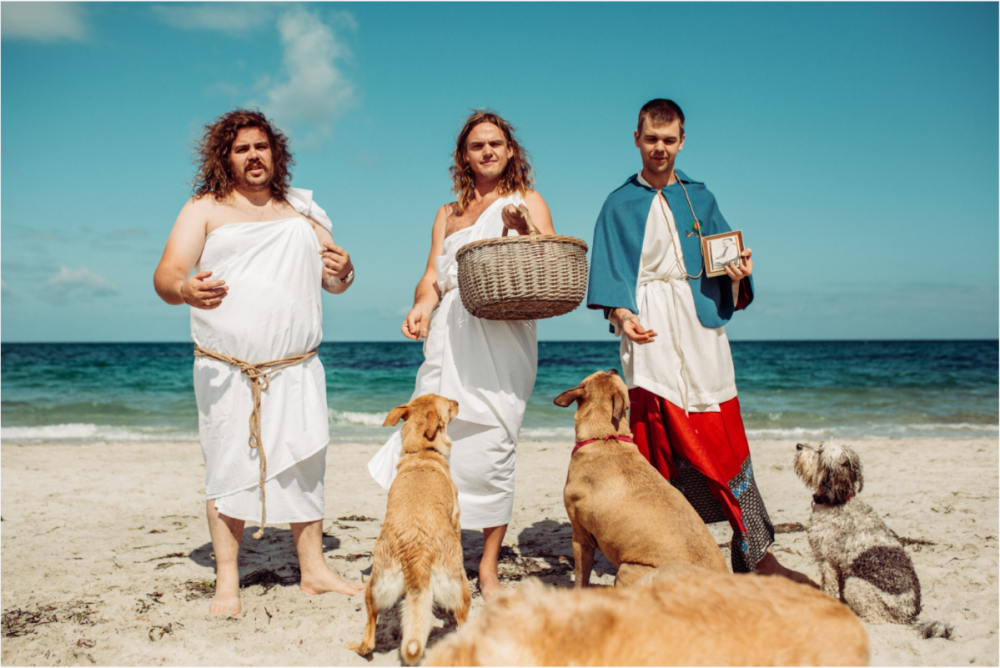 Much like the record itself completes a trilogy of sorts, Bibby himself notes that the album is one that centres around its own trilogy: “My poor mental state, my battered heart and my frustration. All to the tune of fun rock music.” Naturally. “The album very nearly took my left eyeball from me. You can hear an audio recording of this towards the end of Side B,” he adds.

Featuring lead singles Oceans and Whyalla, Marge is an album of splintered, volatile Australiana.  Recorded with “Strawberry Pete” Gower and drummer “Dirty Dave” Taylor – Bibby’s third LP is a soundtrack to a surf movie where there’s blood in the water; a dirt road leading to a dead end; the sounds of Diesels & Dust covered in… well, diesels and dust.  “The Dog Act and I recorded this album in a week off in Perth between two Australian tours. We were match fit and full of beans. It features a selection of songs, some fun, some completely bloody miserable. It was made better by the involvement of the fourth Dog, Mitch McDonald, who engineered the record and offered endless energy and ideas. I love this record,” says Bibby of the album.