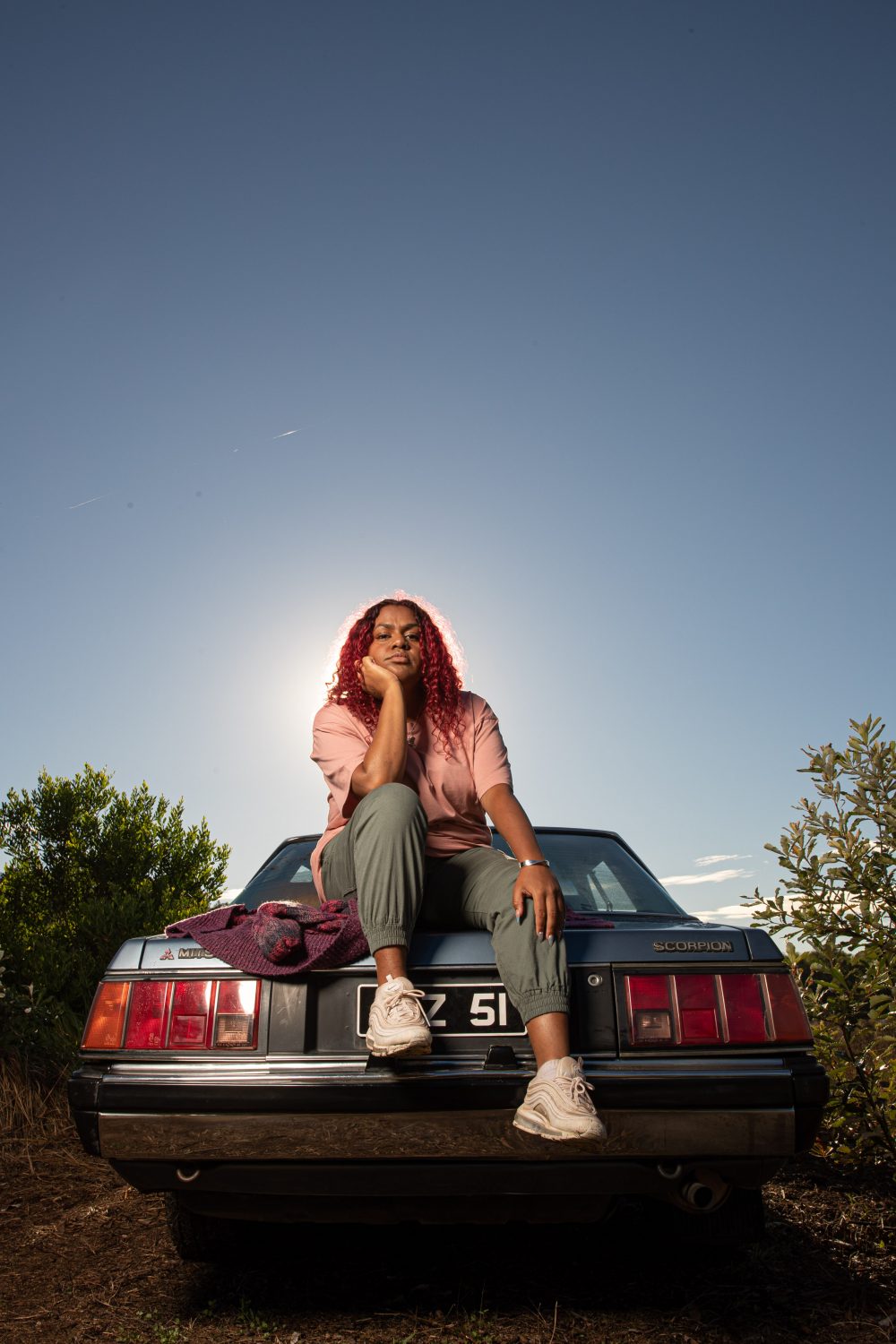 The incredible voice and storytelling of Miiesha returns as soulful and heartbreaking as ever in her new single ‘Damaged’. The accompanying music video, which features members of Miiesha’s family, explores the trauma, grief and pain that can divide, and the connections that are the hardest to break.

After a breakout 2020 Miiesha’s much anticipated follow up was produced by LUCIANBLOMKAMP (6lack), with vocal production by Simon Cohen (Justin Bieber).

From the small, remote Aboriginal community of Woorabinda, Australia, Miiesha arrived on the Australian R&B landscape with a sound and a story that instantly demanded attention.

A strong, proud Anangu/Torres Strait Islander woman, Miiesha (Pronounced My-ee-sha) released her debut collection of songs entitled Nyaaringu in 2020. Meaning ‘what happened’ in Pitjantjatjara language, Nyaaringu showcased the stories and the strength Miiesha has inherited from her late Grandmother, whose interludes narrate the project.

The project went on to be nominated for 5 ARIAs, receiving the 2020 ARIA for Best Soul/RnB Release, as well as winning 4 x QLD Music Awards, a NIMA, and was voted Australian Album of the Year by NME, as well as Best Album of 2020 by The Music. She has also been nominated for APRA/AMCOS Breakthrough Songwriter of the Year and was selected as part of the current YouTube Black Voices campaign.

Miiesha’s live show has quickly become a must-see spectacle where her incredible voice, charisma and storytelling take centre stage. Pre-COVID she has performed and been scheduled to perform at Australia’s largest festivals, including Splendour In The Grass, Falls Festival, Laneway, WOMAD, andVanfest among others.

The next releases for Miiesha see her dive deeper into her own personal story, exploring the pain and disconnect caused by the broken relationship with her mother, fueled by grief, trauma and battles with mental health.

Miiesha has such a command over her gift, such a strong story to tell, and so much emotional maturity, it is easy to forget that she has only recently turned 22 years old.

Miiesha’s songs continue to move between a space of vulnerability and strength, her music a constant reflection of how we live our lives, fighting for justice, for balance, independence, strength, comfort, and ultimately for peace.