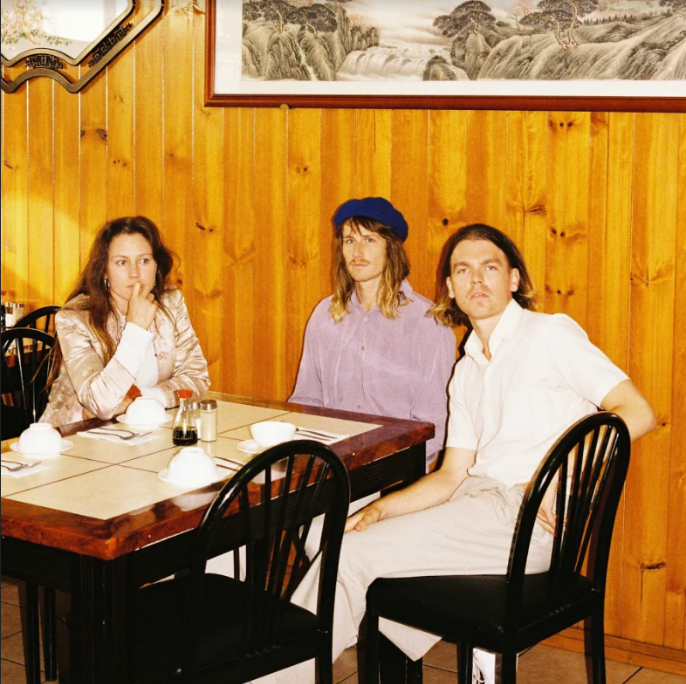 The EP, like this new single, is a testament to a sound Greatest Hits are quickly solidifying – one that blends 70s groove and modern indie-rock sensibility with vulnerability and neo-psych flavour. Playing off the concept of identity, the track stays true to the quintessential Greatest Hits’ lyrical sarcasm singing “we don’t know who we are, that’s ok, make it up”.
This new material follows the bands latest release ‘Trying’ and ‘Phil, Slow It Down’ which received a triple j addition and has seen praise roll in from the likes of NME, Something You Said and Life Without Andy. Their debut single ‘Mortals’ was another highlight and caught the attention of Huw Stephens and BBC Radio 1 in the UK. All of the tracks plus two additional unheard songs will feature on the EP. The band finished this volume of tunes with the help of producer / mixer Sean Cook (Bombay Bicycle Club, MGMT, Best Coast).
The Greatest Hits story begins on a cold night in Leeds when Ryan, who was walking home from a favourite bar, “had an overwhelming urge to just create something that grooved!” With fellow musician Josh Macyntire (Marmozets/Dream Ceremony) crashing on his couch, the pair jokingly decided to release music under the moniker “Greatest Hits”.
Ever since the band have played support slots throughout the North of England with Halfnoise(Zac Farro from Paramore’s project for which Ryan also played bass), The Mauskovic Dance Band, Holy Wave, The Districts, Childcare and at festivals including Live at Leeds, This Must Be the Place, Leeds Emerging – all the while garnering a reputation for their engaging and danceable live shows.

Forced to leave the UK due to visa issues, half the band departed for Australia via the US – temporarily setting up in Nashville and New York, in what would become a significant time of writing and recording, as well as the release of their debut single, ‘Mortals’. Greatest Hits are now Ryan Cooper, Chelsea Foley and Henry Chatham. The culmination of events that surrounds the band’s development has produced a sound and culture that is full of both energy and vulnerability, timeless groove and modern sensibilities.