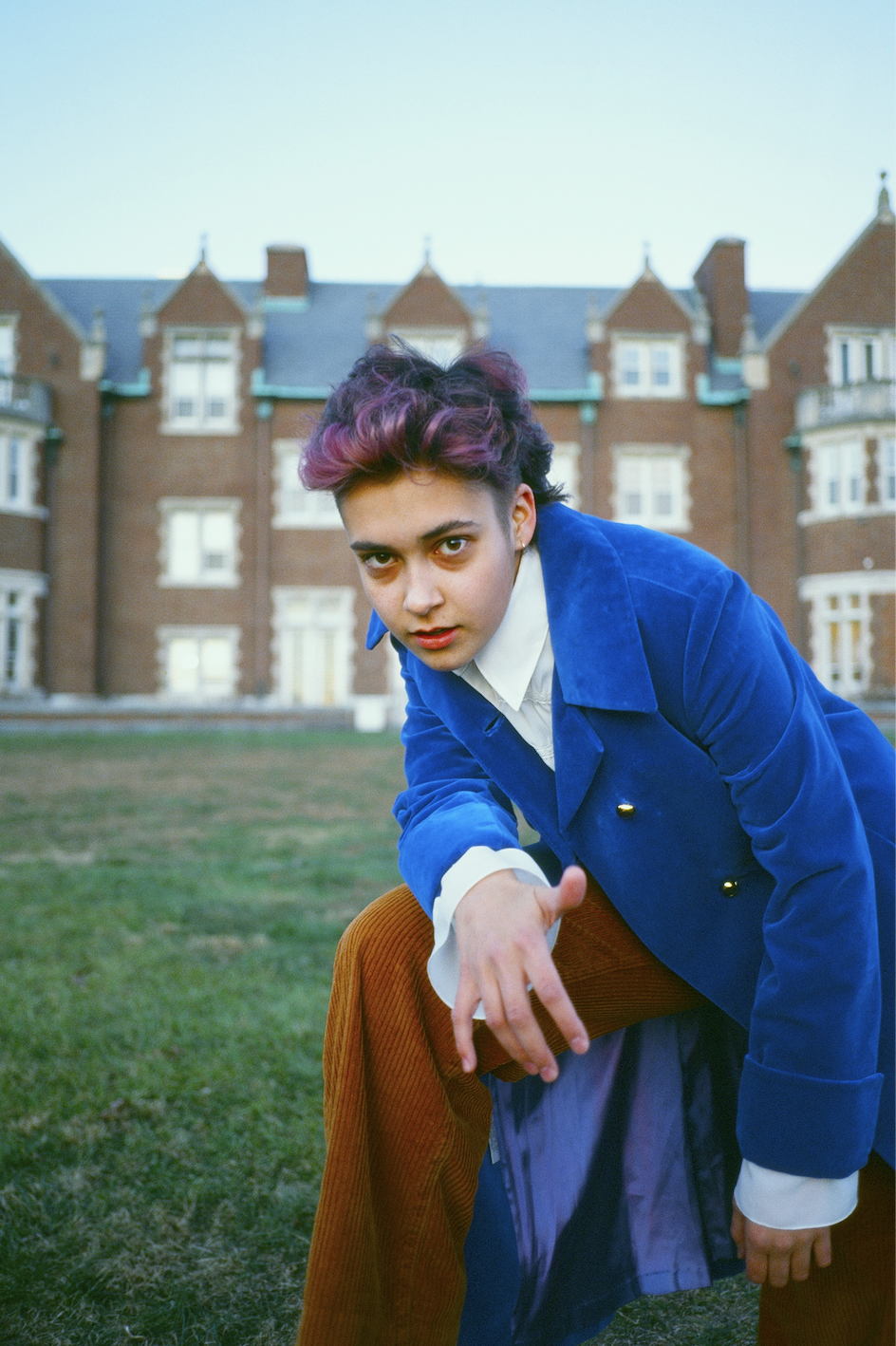 Character Development is more than just Evann McIntosh’s transfixing new album; it’s their way of life. The writing here is as insightful as it is unpredictable, alternating between earnest poeticism and playful acrobatics. The production is similarly adventurous, with McIntosh’s longtime collaborator Jesty Beatz once again wrapping their performances in lush, magnetic arrangements.

Character Development follows McIntosh’s acclaimed 2019 debut, MOJO, a digital juggernaut that racked up more than 31 million streams in part due to the viral TikTok success of lead single ‘What Dreams Are Made Of’. Ones To Watch hailed the music’s “self-awareness and vulnerability,” while WWD praised McIntosh’s “maturity and vision,” and Vogue HK declared that they were “ready to conquer the world.” The record also caught the attention of esteemed indie label Mom + Pop, who signed McIntosh over Zoom in the midst of the COVID-19 pandemic.