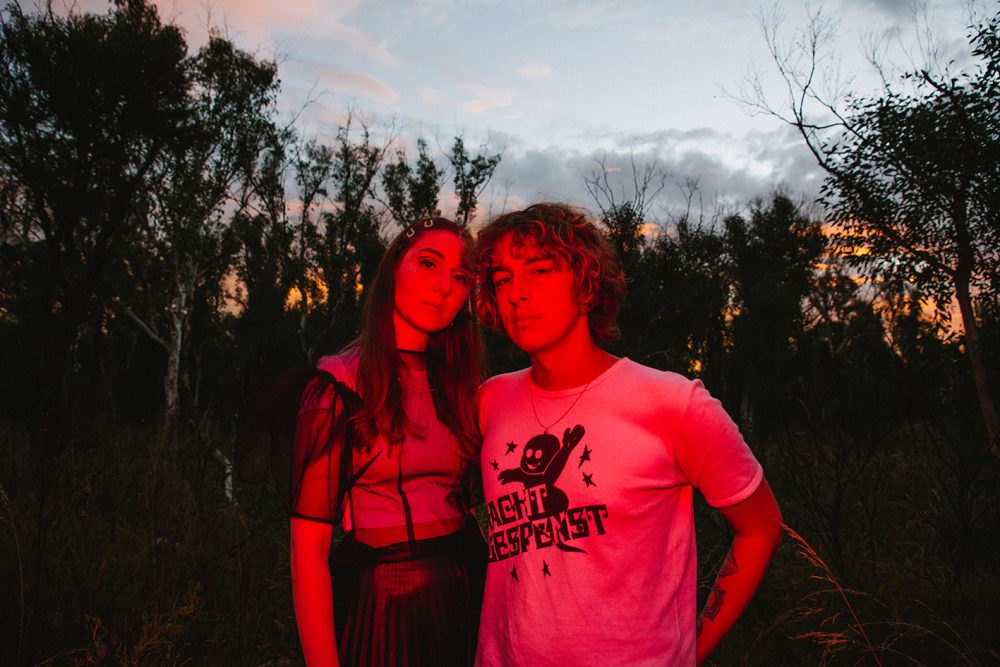 EGOISM has returned with their latest banger, ‘Lonely But Not Alone’ and it’s companion video directed by Nick Mckk (Stella Donnelly, Julia Jacklin, Rolling Blackouts Coastal Fever). It’s the first single from the band in 2021 after last year’s On Our Minds EP and comes on the heels of them supporting Odette on their East Coast tour.

Scout Eastment and Olive Rush, from Sydney’s inner west are EGOISM. Pilerats described the duo’s music as “amongst the most euphoric you’ll find. It’s blissful, indulgent with hazy guitar melodies and lo-fi vocals that wrap around you with a warmth and comfort that makes every tone and every note feel so happily familiar with positive emotions. Underneath, however, is where the storm often looms – songwriting being a major process for reflection and introspective thoughts for both of them.”

Pegged as ones-to-watch, EGOISM have won acclaim from industry tastemakers. In 2019 they toured with Pinkish Blu, played Bigsound, were nominated for both Song of the Yearand Next Big Thing in the fbi SMAC awards and became triple j Unearthed’s 11th most played artist of the year. In 2020, the band were announced as one of 16 recipients of Unearthed’s Level Up COVID Grants and reached #11 in the community radio charts.