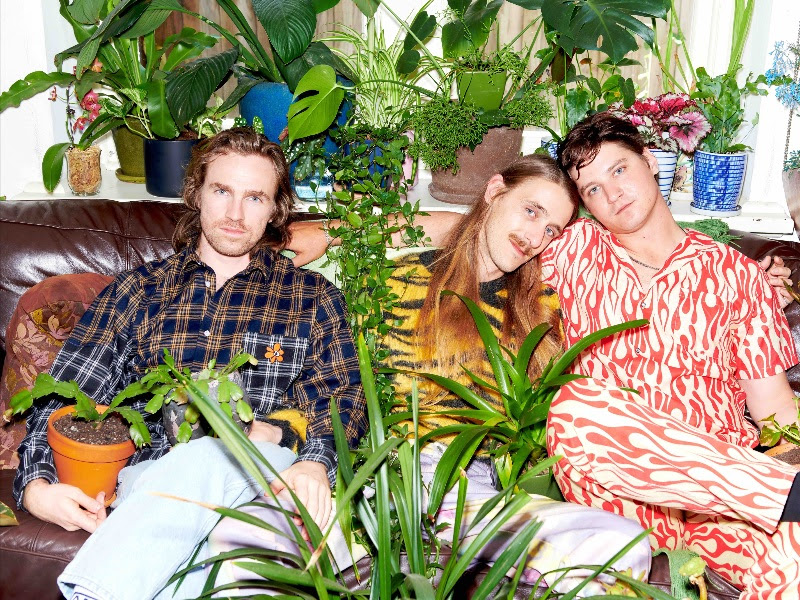 Bugs’ 10-track album Cooties features the singles ‘Old Youth Feeling’, ‘Diamond’, ‘Decisions, Commitments & Plans’, and ‘In The Middle’ (Of It)’.  “We started refining a batch of around 30 songs during the middle of 2020 and given the wealth of time w/ lockdowns managed to record most of the final tracks at Brock’s home studio. He engineered the release from scratch, Jordan and I put down some parts at our own houses that ended up staying in a few final mixes. But basically the bulk of the hard work and production was done by our drummer Brock Weston,” describes lead vocalist Connor Brooker.

He goes on to explain the story behind the album, “I wrote most of the songs between 2019-2020 and as the obvious gems worked their way onto the final track listing the theme of the album came together. It’s all about coexisting realities, relationships in your twenties, finding your place in the world. I’ve gone through pretty drastic and destabilising change at times and I guess it’s representative of a lot of personal experiences over the last few years. Some of the songs are pretty sad, some are full of angst, others unbridled joy. It’s a polarising mix of music because life isn’t as linear as we’d often like it to be.”  To celebrate the announcement of Cooties the band are giving away a customised Fender Squier Affinity Telecaster Deluxe, painted by local artist Aidan Ryan who has created the majority of Bugs artwork in the past, including forthcoming album, Cooties.

It’s been one wild ride for the trio so far, having already toured with the likes of Grinspoon, Mallrat, WAXX, TOWNS, Sweater Curse and The Hard Aches as well as appearing on festival line ups including Falls Festival, Yours & Owls and The Hills Are Alive. The band have also received praise from outlets such as Rolling Stone Australia, Tonedeaf, Pilerats, NME, Mixdown, Music Feeds, Pilerats, The Guardian, Spotify and triple j.  It’s time to strap in and enjoy the next musical ride from self professed “Noisey Guitar Pop from Sunny QLD” band, Bugs.