Approachable Members Of Your Local Community 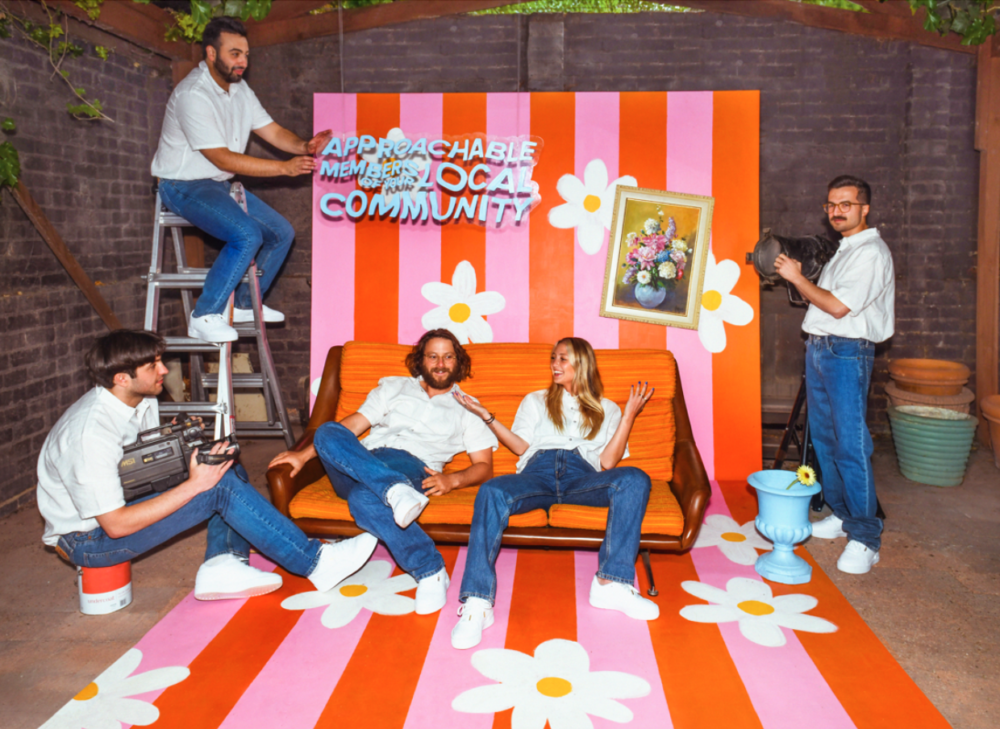 After some months writing, and at the height of Melbourne lockdown, Sam – the band’s producer – asked Sage to lay down some placeholder vocals on a new song. “I asked her to sing on it for now”, Sam recalls before sending it off to the others. Micky, in seconds texted back, asking “who is that and can she join the band?” A Town Hall was held, in which the Members successfully secured the permission of their grandparents, and the deal was done: the Members are renewed once again. Sage’s addition to the band feels like the band’s missing piece has been found – not that they ever knew they had a piece missing.

From touring the southern seas with Lime Cordiale, Polish Club and Half Alive (USA), as well as sold out national headline tours under their belt, the Members’ live show delivers a public benefit the Community knows and loves. The renewed Approachable Members will hit the road this September and October to perform headline shows in Brisbane and Melbourne (Sydney show to be rescheduled due to Covid19).

In a tale resembling that of the great modern democracies, the story of Approachable Members is one of innovation and renewal. After a one year experiment with live horns (‘If there’s anything you need, please don’t hesitate to contact us’ – 2018), and another two year crusade deep into synth territory (‘Love Thy Neighbour’ – 2020), the much-adored band cemented itself into the story of suburban Australia – as bouncy indie pop writers and collaborative community leaders.

Come 2020, in their pandemic caves, the Members dug deep. “We had to figure out what matters to the Community, and why – because when the Community thrives, so do we,” recalls Josh Blashki.  And, there’s a whole lot more coming soon. So strap yourself in, Community – 2021 is about to get a whole lot more Approachable.